If you're Lebanese and you're gay, what do you do? (I will focus on
males in this post)

On a Sunday afternoon 5 years ago, my friends, a guy and a girl, and
myself got together in a coffee shop to catch up on each others' news.
We went to the same faculty, we were, a biologist, a physicist, and a
computer science geek (yours truly). We had graduated a year earlier.
After talking about here and there, new car, new job, new degree, old
friends, who are we seeing, who aren't we seeing, who traveled and who
stayed, my friend suddenly blurts out that's he's a bisexual. I hadn't
seen him go out with any girl all our college years, it wasn't a
complete surprise for us, my friend and I being the (sort of)
nonjudgmental persons, and the sort of people who don't want to appear
as judgmental and non-supportive and close-minded, we made it easy on
him, we loved him, he was our friend, that was his choice, so be it.
He told us he went out with guys and the whole story.
He said bisexual, but in reality he meant homosexual, he thought that
probably saying bisexual is easier to the ear, and I think he might be
right in general.

Back then being gay meant getting beat up, getting dissed, being
offended, and it sort of still like that now, but more tolerated in
certain cases.
Back then in our society, gays did not present themselves as gays,
they either went out with a girl or even got married and had children,
in order to hide who they really are (that still happens of course).
Back then I couldn't tell a gay guy from a straight guy, I think most
of us Lebanese didn't have this knowledge. Now? It's very different.

How unhappy were they? How unhappy are they still? Hiding the fact
that you like to be single till you're 35-36 is a hard fact to tell
your surrounding and makes you feel like you're carrying a lie that
weighs a ton, how about tell them you fancy the same sex as yours?

The most recent story, is an acquaintance of mine, who left to another
country to study, but am sure that wasn't his main reason. He's gay
abroad, and straight over here. Can you imagine the lie he lives in?
The truth he has to hide when he's back here.
The most recent time he came to Lebanon, he decided to come out to his
folks, I personally thought that was not the right choice, because I
worried for his well-being. He's the eldest and his dad will not look
at him as someone being normal who's only living a different life than
the conventional one. For him he's his eldest son, who will bare his
name, who will have children of his own that will bare their
grandfather's name, who will continue with the family chain of members
and a whole new generation. That is what his father will think. What
will his neighbors think? He was not man enough to raise his son to be
a man? Yes, unfortunately, people here think that being a gay man,
makes you less of a man. Oh how much of a wrong definition do we have
for the word "being a man", the Lebanese equivalent is "rijjel", with
an emphasis on the double J.

The father was also abroad, he works abroad to provide better for his
resident family. He came back for a week only, intersecting with his
son's visit as well. He was mad at his son and barely talking to him.
My friend asked his dad: "Are we going to talk about what is it that
is making you give me the silent treatment?"
The father replies: "I've heard stories about you going the wrong way
in --country's name--."
The son: "That's not a wrong way, that's my choice!"
His dad: "I think you should see a doctor, a psychiatrist or something
like that. He will help you."

I will stop here, I'm sure you know by now how the conversation went.
I understand it's no easy thing to admit such a fact, I wouldn't want
to be in my friend's shoes, I am even scared to tell my dad I don't
want to move to the US and that's nothing compared to his story.
And definitely it's no easy thing for the parents either. And I
honestly always prepare myself in case I ever have a child, and he/she
turns out to be gay, how will I take it? I accept my friends being
gay, but can I accept my children being gay? I'd hate to have double
standards. But I know how hard it is for someone to be someone he's
not, to have to hide his own true self to the people they love and
known all their life. It's a damn hard situation.

How can you choose your battles?

When you follow the rules for so long and then discover that no one
else did and they enjoyed their time more. When you know that some
rules are sort of unnecessary and useless, and you were following them
because they were the rules, you realize you missed out on a lot. And
you have to filter which rules to follow and which not to.

Growing up to be someone who doesn't want to do the conventional,
unless of course you're convinced of its validity, you now have this
great opportunity of unconventional events and actions to look forward
to. So you stop and wonder, yes I am "man" enough to go for all that,
but really, some battles, are they worth fighting for in Lebanon?

Maybe the reasons that stop you from plunging in these battles is your
worry for your parents.

Today, I texted my college boyfriend to tell him how terrible I felt about cheating. He replied saying he was so relieved because he had been cheating on me with a girl in his dorm. I was talking about my math exam. FML

And more awkward and funny stuff on F My Life website. Check it here.
Posted by Liliane at 2:23 PM No comments:

I miss this hair 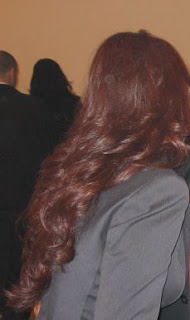 You can find the article here. Apparently it's legal in Switzerland, and they're fighting to make it legal in the UK under certain conditions. However, it was rejected. Does a terminally ill person have the choice to decide whether they should die or not? Maybe we can call it freedom of choice, but the last sentence in the article really got into me.

They argued it runs the risk of vulnerable people being pushed into going to clinics like Dignitas against their will.

Dreams that may or may not come true

I had a dream last night, I saw on my salary bulletin that I received a Bonus.

I also had a dream that I bought a wine bottle, that had Kefraya
written on it, with the K sticking out of the bottle and the bottle is
actually "Yansoun" (tizanne tea).

I am pretty sure the second dream might come to reality but definitely
not the first :P

I love music, the day I stop loving music is when I am dead, because
even when if I ever become deaf, I will still feel the beat: Hmb Hmb
Hmb
Posted by Liliane at 1:42 PM 6 comments: