"Tomorrow night? hmmm I don't have plans tomorrow night so yes why not!" She smiled at him. He smiled back. Starred for a second, and then took her number so he can call her the next day and tell her where to meet.
Her heart kept pumping, she didn't know whether that was because she just said yes to a married man or because a drifting car almost smashed her.
Next day at work, she forgot all about what happened the day before, she was swamped with tasks and she couldn't even sip her coffee or have her lunch break when suddenly a number she's never seen before appears on her phone. She looks at it, then dismisses it thinking it was a client. An hour later the number turns on the screen again, when she finally decides to answer, the first words she hears are:
"For a second I thought you gave me a wrong number, or just decided that am not worth it at all." He said.
She stopped everything she was doing and just stood in shock, this was definitely a man who keeps her on her toes, very unpredictable and someone she knows is going to sweep her off her feet, very soon.
She answered: "No, of course not. I just totally forgot that we were seeing each other tonight, you know, very busy at work" and laughed. He replied: "Oh how I wish you gave me a wrong number, this is mean!"
At night, when she arrived and gave her car to the valet parking guy, she saw him waiting for her on the entrance, all elegant and with the most beautiful smile on his face. She felt like she knew him for years and this man was the man of her life, and there was nothing weird or wrong or new about this.
"So you want me to start with the obvious, or you want t wait and tell me at your own pace." She said.
He smiled.
*He liked how honest she was, this isn't a woman who wants to fool around, and god knows how much does he hate unloyal people. Thing is, he didn't want to approach her that day, but he knew he might be missing his chance forever, he saw something in her, and just couldn't keep his eyes off of her. He knew this was more than just finding a woman sexy, or cute. It was definitely something more, and he took the risk, knowing that the first thing she will see is the ring on his left hand.*
"I am getting a divorce" he paused "I know you're thinking, he's definitely lying since this is the excuse most married use but still don't take off their rings". "But am not. I just haven't had the courage to take it off yet." He looked at her with a shy smile. She immediately saw his pain, she knew, it wasn't him who took the decision to get a divorce.
"Don't worry. Listen. Honesly, those sushi were nice for tasting and all, but am stil hungry. What do you say we go for Hotdog at Freddy's?" she said nicely.
"Freddy's? Seriously? Ah women and their taste, put your coat on and let's go. I know the best hot dog place in town." He said with confidence.
*He liked what she did, she immediately trusted him and so did he. She's giving him time. She understands, and she knows he's not a bad guy*
But she's not a patient person at all. She looked at him while he was driving and asked him: "When will the divorce be finalized?"
His smile completely disappeared: "She still didn't sign on the papers!"
Kylie's jaw dropped. She was confused, who filed for divorce? Him or his wife? In that moment, he knew she was lost and didn't know what was going on, he wanted to save the moment but he knew what he was going to say next might ruin every possible chance that they can be together, and he really wanted her in his life.
"When you love someone, it's hard to let go..."*
Stay tuned for part XII, a lot of things will be revealed :) it might be the last one.
Posted by Liliane at 11:10 AM 1 comment: Links to this post

Delusional, realistic or what?

Check what Dali told his parents when they decided to employ a drawing teacher for him when he was still 10:


No! I don't want any drawing teacher, because I am an "Impressionist painter!"

Of course his parents laughed, and thought oh what a cute 10 year old boy! 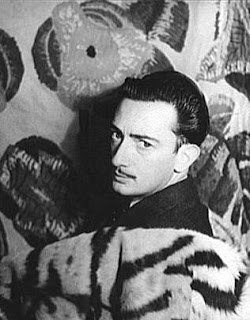 But he was right wasn't he? This makes me think about our role as parents, whether to encourage our children when they blurt out something like the above, or dismiss it trying to diminish the difficulties, roughness and obstacles a person will face in a real life leading them not to be able to accomplish anything.

Some say: "No high expectations, no disappointment"

Do we encourage? or do we tell them: "get real, you're cute!"
Posted by Liliane at 6:43 PM 3 comments: Links to this post