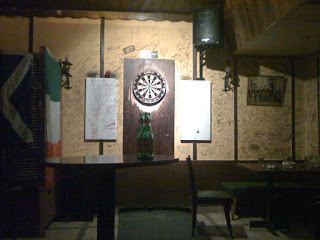 This was taken in Captain's Cabin in Hamra, a true style pub, old, one pool table, manual dartboard, names and expressions written on one of its walls, just plain real. 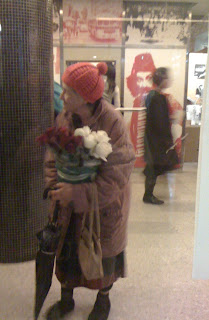 I took this photo of the flower lady in Hamra, if you've been there, then am sure you've seen her around, this was taken in Masrah Al Madina, just before the play "Vitrine" by Nehme Nehme started.

Photos taken with my phone, not a great quality, but I wanted to share those two moments here.
Posted by Liliane at 11:23 PM 3 comments:

Adoption, what about it? 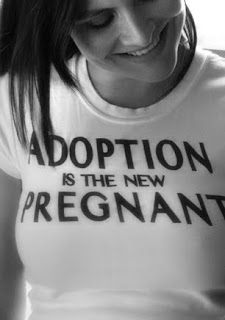 It was 10th grade, and one of my classmates said that when she gets older she will adopt a boy and a girl. I really liked the idea back then and had totally forgotten about it, until some recent events led me to re-think it. The first was this article by my brother Pascal, and the second reason is the most recent natural disaster that hit Haiti and caused many kids to lose their parents. I read that many countries initiated the adoption of many children from Haiti such as the Netherlands. I found that to be great (soon but on the long run great).

It did get me thinking that I should consider it in the future, I want to be part of this gift, especially if in 10 years I'm still on my own or if I'm married but for some reason can't have children.

I know a couple who don't seem to be able to have children, which is very sad because they do want children, but I feel that some Lebanese people are short-sighted, and never consider other options, such as, adoption or even in vitro (that's another post).

What is so wrong about raising a child that is not your biological child? You'd be giving a good chance for this kid to lead a good life, you would directly be that reason. Every child deserves a parent, which doesn't have to be the biological one. It isn't easy, but definitelynoble.

So what do you guys think about adoption?


I will leave you with this video of the song "Con toda palabra" for the amazingly talented singer, Lhasa De Sela, she left this world on January 1, 2010. 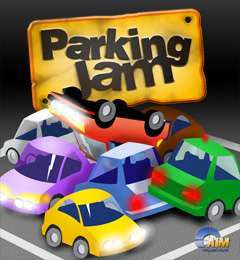 Struggle: Anyone else has the fear of parking? I have a daily struggle to find a parking place where I live.

Yoga: Everyday when I get back home, I start thinking 5 or 10 minutes earlier about this, embrace myself with peace, send positive energy and loud prayers!

Multi-Tasking: I even worry of removing my car for just an hour, so I either simply beg for people to pick me up on their way or benefit in a way by doing more things (abroad) that need more than 1 hour.

The Horror: The fear per se, is not just "not finding a place", it's the actual traffic that is caused in the street having too much cars parked on the sides blocking other cars, cars trying to pass, the honking, swearing, loud screams... "Horrid, so horrid!"

Future Aspirations: My dream is to live in a building where I own a parking spot... *cries* I've been thinking of getting a Smart, or an old mini, or something small, I just wanna throw it anywhere and not care about it. Bil 3arabeh el mshabra7: "Ed7asha bil zewye w ben el siyyarat"

@DanyAwad: #Parkophobia Once I drove my car back to home, parked it there and came back to work via Taxi!! #Hamra
@sdarine #Parkophobia I readily park next to the dumbster, construction sites, under a tree, 3 blocks away as long as i find a spot
@sdarine #Parkophobia too many broker carlights, scratches &dents taught me to never buy a new car unless i've parking in my building
@sdarine I convince, myself that walking is good for you & is eco-friendly to walk from sanayeh to the end of hamra in summer #Parkophobia