Email ThisBlogThis!Share to TwitterShare to FacebookShare to Pinterest
Labels: money

Point #1: The problem with some smart women out there is they're attempt to over-do it, to over-display their intelligence and general knowledge.

Point #2: Another problem is that they're afraid of criticizing other women's intelligence level, because they think that this will give a point up for the men.

Point #3: Moreover, women tend to exaggerate in their reactions, more like emotions. They take things personal and start crying like little girls.

Ok let's elaborate on point #1. If you're smart, then you're smart, you don't need to take any simple small chance to showcase what you know just so you show that you know something. This is like "trying too hard" and it's sort of pathetic. Sharing knowledge is really one of my favorite hobbies, I like talking about what I know when I sense that it will help or enrich or even get me back more knowledge. But sharing knowledge to brag? Is seriously something I despise, whether it coming from women or men! I see that in my workplace a lot. Not all days am I in a flexible mood you know!

Concerning point #2, fear of criticizing other women and giving a point up for the men, it's true, this might really happen, but you see it's either immature men will jump at any opportunity to take that point and dance with it, or the woman is quite naive and loses the point. But honesty is honesty, just know how to pick your battles and when ;)

Last point, point #3, the main question is why are women so fragile? Because we have been brought up this way. I am not pro-raising a girl to become completely masculine. But I can't deny that I like many traits some gentlemen have. I would want to see a woman who stands up for herself with courage, dignity and stability of emotions. On that note, know that I am not saying this is only a trait of men, on the contrary, it's just that it isn't quite developed in the proper way for women (men too, but that's another subject). These women exist, they do. But I want more women to join that crowd, including myself of course.

I will admit of having a weakness. Why? Because I want to admit it, confess, let the world know (by that I mean the two readers I have :P) and fix it.

My weakness is the following: I still let things get to me. Truth is, what I decided to do is stop and think before I "emotion". "Emotion" here is used as a verb. To feel and to emotion are two different things. To feel is something I would never want to lose, to emotion yes, that I want it gone! And you know what I discovered? It's working.

Oh and I hate one thing about -- what's the perfect word here -- marshmellow women (in arabic, mey3in), sort of the opposite of rigid, who speak like they need their jaw attached one to another, etc... SHIDDO 7ALKOUN!

I don't mind people talking about themselves if it's relevant, if it's not, just put a sock in it, would ya!
Posted by Liliane at 12:37 PM 3 comments:

I know many people have probably already seen this or linked to this, but I have to do it as well.

Beirut is the top 1 recommended place to visit by reader and by the NY times. If you filter by Luxury, foodie and party, you get Beirut in the list as well.

Personally? I was shocked. 50% to 60% of the restaurants in Beirut are... closed. I don't get it. The city has been a weird place since Hariri was assassinated, demonstrations, camping in the city, closing it down... Restaurants and shops closing, people losing their jobs!

Email ThisBlogThis!Share to TwitterShare to FacebookShare to Pinterest
Labels: Beirut

How can I stop it? 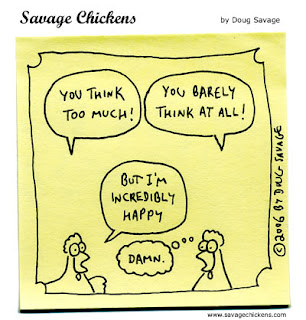 How can I stop thinking too much?

I think too much.
Je pense beaucoup.
Yo creo mucho.
Bfakkir ktir...
Posted by Liliane at 12:08 AM 5 comments:

Email ThisBlogThis!Share to TwitterShare to FacebookShare to Pinterest
Labels: me, photo

So vast, so large, so cold and so white

Will 2009 be the year smoking is banned in public places in Lebanon?

It's a dream indeed. Meanwhile, all we ask is for the smokers to respect those who don't smoke in a restaurant for example. I am not saying pub, am not sayin night club, just restaurant where I want to eat my meal without the smoke going through my nostrils.

2 weeks ago, we were in a restaurant inside a mall. We had ordered our food and were waiting for them. When 2 women come and sit on the table on our right. So far so good. Suddenly, one of them lit a cigarette and all the smoke came towards me, allowing me to inhale the healthy air. So we kindly asked her if they can put it off or switch places between each other. So the woman ignores us and asks the waiter whether this was a smoking or non-smoking place. By default, most of the places in Lebanon are pro-smoking, so he nods. Then she looks our way and says:
- "Change your places if you're bothered".

Of course, I answered back, but long story short, they stayed, the waiter suggested another table, I refused, told him we got here first and we like our table and if anyone should move to another table it's them. In the end, nothing changed, except I got a Tiramissu for free.

Anyway, check out this article here, they're saying after a study that lasted 3 years, that the smoking ban helped decrease the percentage of hospitalized heart attack by 41%.
Posted by Liliane at 2:20 PM 2 comments: