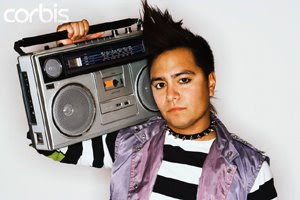 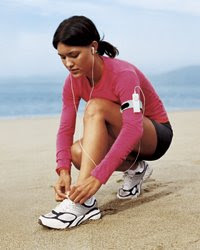 Mobile Music is so much easier these days!

Posted by Liliane at 3:01 PM 4 comments: Links to this post 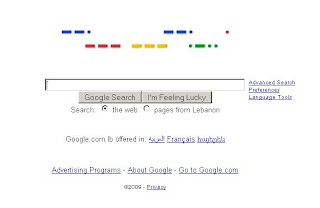 As a girl guide for 13 years, I enjoyed google giving hommage to Samuel Morse...

Posted by Liliane at 9:32 AM 6 comments: Links to this post

Right there on the curve

While driving back from work, right there on the curve of the road, I saw a guy very jumpy and moving rapidly in a car driving towards me, I thought they must be guys probably enthusiastic about something. And suddenly I made out what his movements were, I looked at the person sitting on his side, and found a woman trying to be as far away as she can from him, clinging to the door as much as she can, and her arm placed in front of her face... defensive position.

And then as my car got closer to theirs, there he was at it again, he held his arm up high too fast and hit the air beside him, because she was as far as she can be, and he wasn't able to focus on hitting her and driving on a hard left. I know he saw me looking, the dude with the glasses, ugly as a monkey butt.

I slowed down, I was shocked, I saw from the bits of her face that was hidden by her arm how scared she was, how much of an animal he is. I didn't know if there was anything I can do, but seconds later, they were gone. Out of my life. I was going back home to get ready for going out, and she... she was living one of her worst moments in life.

I always wonder, will I be able to make out if a man is abusive? How can you know if your friend, boyfriend, colleague.. is abusive?
Posted by Liliane at 10:59 PM 10 comments: Links to this post

Some stuff I have to say!

3- Relationships! It is just so amazing listening to people tell me
about their significant other, how much they love that person, but how
much that person is making things so hard on them. It is so damn
difficult to get along with your ownself and make up your mind about
something, how about making life-decisions with another person? I look
at relationships with awe, and at how people interpret things, their
different point of views, their different ways of solving things, or
making things worse or...

5- I no longer want to envy other people, I want to thank God again
for all the fortunes I have. I know I nag a bit, but that's just me
thinking outloud trying to find a solution.

6- I dodged an accident last week, was gonna hit a car in front of me,
that had stopped because 3 cars bumped into each other.

Posted by Liliane at 9:55 AM 6 comments: Links to this post

Well what if that person is just a nasty person, a nasty old man. Should you respect them still? Wouldn't you be a hypocrite for pretending while inside all you hold for that person is disrespect?

I will never forget my Arabic literature teacher back in high school, who used to tell us not to ever disrespect another person, because when we do, we're actually disrespecting ourselves. And for me this rule was enough to abide by all my life even though it was extremely hard to apply non-theoretically.

However yesterday, he said: "people should earn respect, and if a person offends me or does something that I do not respect or approve, yes I remain civil with them but they lose my respect immediately, be it older or younger than me".

As I prepared myself to answer back, I opened my mouth but no words came out, I couldn't disagree or argue with him, I suddenly realized that he's right.

Perhaps it took me 28 years to realize the difference between respecting and being civil.

Staying slim is good for health and for the environment

Well if it's also a good thing for the environment, then I will take
my diet more seriously now. Needless to explain what Earth Day is, but in a nutshell it started in 1970, this day is dedicated to remember what Earth is giving us, appreciate it, and think about what we should give back.

Read more here about how you can participate in a way or another, at work, at school, at home..

Posted by Liliane at 9:29 PM 2 comments: Links to this post

I miss writing in Arabic

I used to write in Arabic. Actually this is how it all started. When I first got into university, you know, rebel, politics, life, freedom, new things, Lebanese University and its problem, teenagers going on adults, majors in Lebanon...

I started writing and writing in Arabic. It's the best thing to write when you are driven by something. I used to read a lot of political books. The first was "7oub wa mawt fi Bayrout" it was for a foreign journalist who said was Bachir Gemayel's mistress.

I tried to write for a student newspaper, I gave my article to a friend so he can give it to them so they would publish it, the article was about the disorientation students receive before picking their major that will define their career, the choices they have, and the lack of opportunities, etc... It was a long article. Anyway the article never really got there, but once, I was checking a monthly edition and I found a small piece of text written by that friend that was about the same issue as my article's.

So anyway, let me show you a poem I wrote almost a decade ago. It's in Arabic. 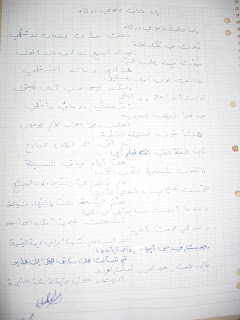 And in order for me to go back to writing in Arabic, I need to read books written in Arabic again. I have become dumb in Arabic, it's a shame.
Posted by Liliane at 11:42 AM 8 comments: Links to this post

We're supposed to be off DUDE!

What sucks is everyone I know has the day off today, well, because
it's a holiday. It's Easter Monday Mr. Sanyoura! Yes I know, everyone
is back to considering it as an official holiday, but not where I
work.

So it's sunny outside, with a perfect temperature, most of my friends
are out lunching somewhere in Bekaa or the North... and my colleagues
and I are here working.

Posted by Liliane at 12:57 PM No comments: Links to this post 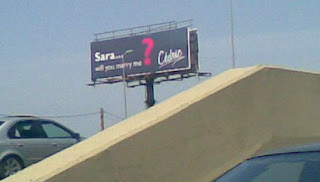 Cute eh? What do you think?
Posted by Liliane at 8:59 PM 4 comments: Links to this post

Email ThisBlogThis!Share to TwitterShare to FacebookShare to Pinterest
Labels: Billboard

After watching the movie Fast & Furious 4, we went back to the parking to leave. I personally accomplished one of my dreams and it's sitting in the supermarket chariot, and going for a ride :P but then we heard some "toshfit", some wheels sqweeking on the parking floor, and not by one car, but by many. Apparently the fellow Lebanese young men were very influenced by the movie... Points I would like to talk about are:

1- The movie was not that good
2- The Lebanese people, especially the young are very susceptible.
3- They had sucky cars for that deed anyway

Posted by Liliane at 4:58 PM 4 comments: Links to this post

I'm sure most Lebanese residents have noticed that when they type google.com they get google.com.lb, nothing new there, but what amazed me and I only saw this today, is that the Google Loubnan, has options to browse the Lebanese google in 4 languages :)

Google.com.lb offered in: العربية Français հայերեն And English of course

People, how cool is that? (3rd language in case you couldn't read it, is in Armenian) It says "hayeren" I think... should be :P
Posted by Liliane at 3:04 PM 1 comment: Links to this post

Email ThisBlogThis!Share to TwitterShare to FacebookShare to Pinterest
Labels: google

I am guessing it's going to be between 9 and 16 August, coming from the US to Lebanon then to Europe. I wasn't so happy because I already bought tickets to see them in Virginia in May! I had changed my training date at work, my plane ticket, kharbatet kil shi to see them, and now they're coming to Lebanon :P It's fine, twice is better than once ey!

Wel3aneh bi Lebnen! Once again, let us all join in prayers that no war would happen this summer.

That's that's that's all folks!
Posted by Liliane at 7:33 AM 17 comments: Links to this post