For all Live Messenger users, I guess you have noticed that some of the users are displaying the i'm icon in their nicknames. You can see different codes, such as *help, * naf, *unicef, *komen, etc... There are several organizations you can support.

To join, you can visit this link here, and you will need Windows Live Messenger v. 8.1.

I am currently showing support to the "Stop Global Warming" Organization, I hope more bloggers will post about this, so more people can add the icon to their nickname, and the following will happen.

i’m is a new initiative from Windows Live™ Messenger. Every time you start a conversation using i’m, Microsoft shares a portion of the program's advertising revenue with some of the world's most effective organizations dedicated to social causes. We've set no cap on the amount we'll donate to each organization. The sky's the limit.

There actually still exists a lot of taboo subjects in Lebanon, in some places more than others however in general, they are present.

Homosexual persons are still struggling to come out, many living a lie in order to succumb and be in form with the society's standards and judgmental members.

Pre-marital sex in specific, and virgins, those who where, those who weren't yet had a "certain" operation to return to being a virgin in worry of the wedding night and being exposed as non-virgins, and those who are not and labelled by many as "bad" girls. Focussing on girls, because guys don't really have this problem, they have another, and I will share my theory with you next time.

HIV Positive does not only scare a person because this means they are no longer healthy and death awaits in years, it is because they worry of what their parents will say and how they will react. They are scared that they will be labelled. Immediately the term HIV positive labels a man as gay, whether he is or he isn't, it is not the issue, the issue is, some people believe "he deserves it" or "she deserves it".

To be elaborated more about in the future, for now, if anyone has any experience or story or opinion to share, please do, I am looking forward to hear your words.
Posted by Liliane at 3:00 PM 4 comments:

Did you know that Russia actually exists in Asia and Europe?

Being more of a Math person and astronomy person, History and Geography really didn't intrigue me during school, and I regret not being interested in them back then. I don't think that I was the only one who wasn't interested in materials such as History and Geography, and for many Math wasn't interesting at all, it is because the importance of such knowledge and information are not emphasized and explained. We pass through school as just a phase. History was never a story, it was a text that we needed to recite as it is.

I remember always thinking and telling myself: "If one day I am a surgeon operating on a patient, would I be telling the patient what happened during World War I, would this save their life?" Of course, my question was wrong in principle, because I wouldn't be doing the integral of a function either...
Posted by Liliane at 1:20 PM 3 comments:

After coming in to the office today, late, I went in to my colleagues office to greet them, colleagues who became friends, and as soon as I saw my friend, I was 100% sure she didn't have any allergies or sickness, but that she had cried all night.

Even when I know the reason, I still feel helpless, all I have is my words, my cheap words...

How can you tell someone to get out of moral abuse, it is much harder than we think it is, it is not as easy as it sounds, leaving such an issue after dealing with it for years, is life-changing, and a person is too upset with themselves for the mistake they have done, that they keep hoping that maybe it will get better and wash off their mistake... but meanwhile, things would be getting worse, and the person would be drowning deeper, lacking more and more oxygen to swim up and save themselves...
Posted by Liliane at 9:12 AM 4 comments:

I got stuck in the bathroom for 3 hours

How did YOU spend your Saturday afternoon? Well, on Saturday afternoon, sitting along at home, I decided to go see a friend whom I haven't been speaking with for the past 4 years, and finally water got under the bridge and we decided to meet and catch up. So I told her I will meet her in Starbucks Zalka at 4:15 pm. Then I remembered that my car wasn't with me, and my brother had parked it in Dora, so I needed to go and get it. I told Joe that he will need to give me a lift to my car in 30 minutes or so, moreover he was waiting for my cue so he can come and pick me up.
At 3:35 pm, I thought I would go to the bathroom (you know, better at home than public restrooms), get dressed and leave for my appointment.

I got out of the bathroom at 6:45pm. You're wondering why? Well continue reading then.

I have this reflex for many things I do on a daily basis, and locking the door is one of these things. So when I went in the bathroom, I locked it while on my pc a song for Jimmi Hendrix was playing, "Hey Joe", however, it's screwed up and it keeps making all those khhhhhhhhh, khwaaaaaaaaaaaakh shiiiiiiiiish sounds, you would think it's been inhabited by demons. As it pissed me off so much, I didn't really do anything in the bathroom, decided to get out, turn off the media player then get back in. And tadaaaaaaaaaaa the lock wouldn't open. It got stuck, and not "there is hope to open" stuck, but stuck-stuck!

All those thoughts rushed through my head like "What's wrong with me? Why did I lock the door when I am home alone?", second I thought "Wish I told Joe to pick me up directly and not just wait for my call!", third "If this doesn't open, then they will have to break the front door, because I have it locked from the inside" and concluded "Wow, is this ridiculous or what, breaking two doors to rescue me from my own bathroom because I am too paranoid!"

Of course, the girl I was supposed to meet called me 5 times, however couldn't answer as the mobile was in my room. Then Joe called me almost 20 times, then after 2 hours and a half he finally confirmed that something's definitely wrong!

By the time he got here, I heard him, told him what's happening then he checked with the neighbors and stuff, the neighbors came, broke the front door then the bathroom door and finally I got out.

What did I do during those 3 hours? Well I found one scissors, so I used it to dig a whole around the lock and maybe try and open the door myself, if I had 90 more minutes myself I think I would've succeeded. Anyway I was also surprisingly positive, because I knew Joe would finally notice I was missing, and that I didn't have a migraine orelse the experience would've sucked dramatically!

Dad told me the next day in order to prevent from such things to happen, I will need to store keep food in the bathroom :P
Posted by Liliane at 12:05 PM 8 comments:

The greatest burst of power from any animal muscle comes from the tongue of a tropical salamander, scientists have announced.

The giant palm salamander of Central America (Bolitoglossa dofleini) captures fast-moving bugs with an explosive tongue thrust that releases over 18,000 watts of power per kilogram of muscle.

That shatters the previous record of 9,600 watts per kilogram, held by the Colorado River toad.

Isn't this amazing or what?
Posted by Liliane at 9:51 AM 3 comments:

Email ThisBlogThis!Share to TwitterShare to FacebookShare to Pinterest
Labels: article

I can't remember the last time I was laughing from my heart or being genuinely happy. Until now, the only times that were really fun were unplanned. Every time something is planned, it is completely and utterly unsurprising, unnatural and fake.

The only answer I believe is go crazy, act like a complete bonehead, scream and not give a crap of what other people thinkl; go on adventures, without worrying how much you're spending or if you're allowed to take off days at work.

We're such cowards. (by we I mean me, and whoever else wants to join me :P)

P.S. That's me in the picture, maybe 4 years ago in our network staring at the pc like the robot, I still stare this way.
Posted by Liliane at 2:38 PM 15 comments:

Can you believe that there are still some guys who think that girls can't program, believing that the girl's brain cannot process such information and analysis?

Email ThisBlogThis!Share to TwitterShare to FacebookShare to Pinterest
Labels: Programming 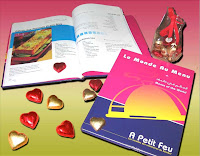 He asked me: "Don't you want to get the answer now?"
I replied: "Well sure, why not!"
He called the other guy, they both sat down, had some laughs on my expenses.
The first said: "You know, it could be a yes or a no."
I laughed, knowing from the first moment, that it is a yes, but still hiding my excitement and smile, I made myself think of death so I stay calm.
After some time of teasing and back & forth questions and answers, they said: "Welcome".

And then I smiled, a very big smile. If I had a chance, I would've said what Homer Simpson says: