I always wondered what the forth dimension really is. Traditionally, they say it's time. So how can time be a forth dimension? I think I understand how. The concept of time is pretty complexe and pretty simple at the same... time. When they kissed, they did not grow older, night did not become day and winter did not become spring. She simply felt like she existed forever. The moment itself, propagated throughout the whole universe, or at least this is how she felt.

She got pissed, got out of his car and slammed the door. He did not wait for her to regain intelligence, he started his car and drove away. She cried as hell that night. She couldn't ask him to be with her, he didn't understand that it's something she had to do, and bringing him along, will be extremely boring for him and worriesome
for her.

That night she went to her thing. She was there. She preserved her self-image, the image she worked hard on regaining. Regaining because due to her previous relationship, she sort of messed up.*

Emotional blackmail, and mental stress do not make you more productive at work, or anywhere for that matter. Would she rather be with him? Of course she does. Would he? Most definitely! Then why are they disputing? What's wrong? Why do couples sometimes make things worse while if they both look deep inside, even not that deep inside, they will see that all the arguments, all the accusations, all the yelling is only because they love each other so hard that they found out that the world is only a place that means nothing if one is not there for the other.

Perhaps they don't believe that good things happen to good people. Is it too good to be true? The human being has been trained all his life to dream about happiness, to dream big, but when it comes they are not as happy as they thought they would be. Why? Because they'd rather diminish from their positive feelings in order to prevent being hit in the face, with disappointment, failure or criticism.

Or maybe they're doing all that because they know they're getting too attached to each other, and losing each other is out of question. It's the first step to loneliness, isolation, alienation, craziness and sorrow. It's not a cliché, it's not drama, it's reality.

*- "Want me to pick you up? I'd hate for you to get back home that late!" he expressed with worry.
- "Don't worry, I will be home some, a colleague of mine will drop me off. I will call you as soon as I get home." she answered and calmed him down.*

But the beauty of such a relationship, of such sincere and honest communication is that in 1 minute things will go back to heir course.

*- "Are you going to take that offer? If yes, how many times will you come back to the country per year? Will I see you? What's gonna happen to us?" she blurted with multiple questions all anxious.
- "Babe, am not sure I'll take the offer. We'll see"
- "But, it's a good opportunity, I'd hate to think you would change your career path just for me, I'd hate that!" she said with tears in her eyes awaiting any word to explode.
- "What's wrong with changing my path just for you? you see, I ..."

Gotta go back to work, have a deadline.
Posted by Liliane at 5:11 PM 1 comment:

I was so happy to see this article, very funny. It's so true,
sometimes the movie is seriously fun to watch, pretty impressive,
pretty eye-catching, but suddenly I don't know what happens and
Hollywood people throws you with an utterly ridiculous scene... why?
whyyyyyyyy!??? whyyyyyyyyy??? *dramatic style*

Check it out here:
http://movies.yahoo.com/photos/collections/gallery/1328/nuking-the-fridge/fp#info

Posted by Liliane at 9:51 AM No comments:

True that life teaches us to be strong, ready, on-guard, aware, it teaches us at one point not to expect too much, and that's just a way to protect ourselves. When we don't expect too much, we won't get disappointed. I, on the other hand, forgot this lesson, and expected a bit more than what people can deliver. Silly me.

Friendship is sacred for me. It's not just a relationship existent between two people who share common hobbies, common interests, share laughs and listen to each other nag. It's much more. I had a beautiful friend once. I hope I brought joy to her heart as much as she did to mine.

... I won't expect too much. Not all people are wise. Or maybe, they don't care enough.

Email ThisBlogThis!Share to TwitterShare to FacebookShare to Pinterest
Labels: Friendship 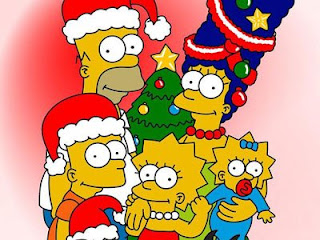 Merry Christmas fellow bloggers the simpsons way :)
Posted by Liliane at 11:56 AM 3 comments:

As mom put it

"28 years earlier I was having cramps and was going to have you! Happy Birthday mom"

Email ThisBlogThis!Share to TwitterShare to FacebookShare to Pinterest
Labels: birthday

The idea of work still surprises me at certain times. I suddenly realise I am at work, I am at this location that is called work. A place which I visit everyday, 5 times a week, I wake up and go there, spend the required hours and leave. It's really a bizarre thing. The strangest of all this, is me, me being at work, participating in this weird cycle, who would've thought I am a 9 to 5 person (actually 8 to 5:30)... One day, one day I will do what I want.

Christmas commcercials are so funny, I can hear them saying at one point "Buy a Sony Cybershot and get a Dodge Charger with it :D"

I try to wonder if I ever leave this life, will I be missed. Surprisingly, I don't care, I am recently doing things, nice things for others, but not because I want them to know I did it, or thank me for it, or remember me after I'm gone (wherever that place is), but because I just like adding this innocent feeling of laughter and chilling and relaxation for people, it makes me happy to see people happy.

I don't know what's gone into me, maybe I ate a lot of baked potato or maybe I have been visited by the 3 ghosts of christmas! The difference between Scrooge and myself is that he was greedy and rich, and I am .. let's say slightly rich, if I compare myself to those people who are starving to death in Africa, but am also generous, the feeling of not giving a fuck about money is ecstatic.

Nevertheless, I would love to have a lot of money, I want to carry the money in my hand and throw it, I want to send poor children to schools, I want to be able to provide educational orientation and guidance to those who are confused about their future, I want to be able to look at people and give them the opportunity to be the best
they can be and choose the best thing for them. I want to help create the best society. And best of all, I want to organize dinner parties for people, for free, or maybe let them pay and give the proceedings to encourage pesons with physical or mental disabilities to work and be productive. I want to be able to get the best rock, blues and metal bands to play concerts in Lebanon. Music has to be introduced to every single soul! And of course Operas.

I want to make people happy and decent enough to respect each other even when they don't like each other.

Whatever, I believe to leave the place I was once in better than the way I found it.

Oh and I want to receive National Geographic magazines, how rude, I can never order them to Lebanon!
Posted by Liliane at 2:34 PM 10 comments:

The Iraqi journalist might've missed, but am sure you won't!

In my previous post I said "Chef the cabine", I meant chef DE cabine!
It's so funny when we think, we hear ourselves think and write them
down without really focusing on the spelling, especially cause I was
writing in English and the expression is French... Ok khalas am sure
inno fhemto and you forgive me. Rude people! :P
Posted by Liliane at 9:16 AM 6 comments:

Brainstorming with myself while at work and not working

The idea of returning and doing my PhD always bumps into my forehead,
sit in front of my eyes and waits for my decision. I always dismiss
it. Mainly for 2 major reasons:
1- PHD in computer science sounds boring for me and unmotivating.
2- Maybe it's just in my field, but I noticed that there are many PhD
professors who suck. And I know many do this just for the title.

In consequence, I am always sitting here and wondering of what I am
going to do next. Is it an MBA? I am so pissed that no one told me
what I know now. I wanted to do a PHD, and that's why I did a Master's
in Computer science, but now that this isn't what interests me, I find
that I should've done an MBA, especially that I did business stuff.

... Honestly? I still think about Psychology. I always wanted to do
something that has to do with understanding humans and human behavior!
How cool!

Anyway, I think next step should be an MBA, when and where? No answer yet!

For now, learning Spanish is doing it for me.

Lying to oneself is nothing new. A lot of people do it. But a lot of people try to face themselves, try to see what's fake and what's true. But most of them don't know the difference, they think they're no longer in denial, living in lies and building upon wrong assumptions more dark thoughts and more erronous conclusions.

Basic principles of communication is: Go ask. Don't imagine things. Don't invent things. There is no need for dark thoughts, no need for bad intentions. Be honest... Be honest. Get it? Be honest. Go ask. Because really... you don't know. You think you know. Those people? Those bad energy people, who you say keep following you. Lock them out. Maybe you cannot do it physically. But the brains? the brains are an amazing thing. So lock them out mentally. Look at them, wait for them to finish, and then smile, tell them whatever they want to hear, then go. Yes, become a selfish asshole. Fuck them. It's your time now.

It's over, it's gone. There is no conspiracy, shit happens. Most probably for the best. Embrace it and move on.

"Christmas package offered by Anta Akhi, it includes 10 greeting cards that have been drawn by handicaps, 8 chocolate bars and 2 jam pots (170gr each) (please check attached image) that have been produced by SeSoBEL, for the price of 25.000LL"

Posted by Liliane at 2:18 PM No comments:

Oh one of the things I fantasize about when I listen to the blues, is my own restaurant/pub, american style of course, with this music playing in the background, so people can still talk and hear each other, and I'd welcome people to this restaurant, people know me, I know them, live piano performances... *sigh*
Posted by Liliane at 11:24 AM No comments:

At least when we used to watch cartoon back in the old days *TOM AND JERRY*, we used to listen to fine music in the mean time. Ah the blues..

Am just happy I got 1 good bargain in Paris, I got a 3CD Set of ladies singing the blues for 8 Euros! Yey!

Venus, Jupiter and the Moon, together