Why did "Ain't No Smoking 2nite" fail?

If you remember, there was going to be a "Non-smoking night" in Gemmayze in about 35 pubs yesterday October 28th. More here. Being a non-smoking advocate myself I asked several friends of mine about their encounters yesterday in several pubs in Gemmayze and their opinions. They said that most of them had people smoking inside although these pubs were supposed to be part of the "Ain't no smokin 2nite" campaign that was organized by Rotaract.

There were people smoking even in pub-restaurants such as Olio. You would think that they would be busy stuffing themselves instead of smoking. 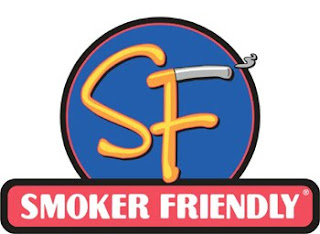 A friend of mine even told me this: "There was also one pub that had a sign that said Smoking Friendly"

Another friend said only few of the pubs stuck to the campaign, one of them was Berlin. But the others allowed people to smoke.

There are several studies done around the world, in Europe and in the US, saying that banning smoking in public places has decreased the number of deaths caused by smoking! But why should we believe scientists right?

My favorite smoker's argument is this: "Why should I forbid myself from smoking, so what if I die 10 years earlier, at least I would've done something I enjoy!"

So basically, the 10 years prior to that when you have lung cancer is enjoyable?

There is a new article today suggesting that Lebanon must move to ban smoking, Syria did? Are they better than us?

What I don't understand is why do Lebanese people stick to rules abroad, but tend to be anarchists in Lebanon? And anarchist for what? For telling you not to smoke because it endangers your life and the life of the strange people that are beside you and you have no right to bother them? 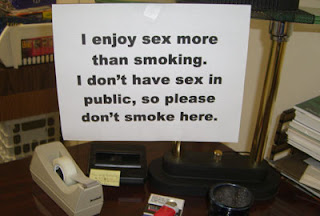 Smoking bothers me as much as if someone was picking their nose or playing with their toes, so why should I be okay with them when they smoke? Bala 2arafkoun! I don't mind people smoking, I just do when it's a closed place and when I am eating, is it too much to ask for? some oxygen and to actually be able to taste the food?

Congratulations fellow Lebanese on one of your other lousy sense of humanity, logic and respect. Kudos! Ya3tikoun el 3afieh. I am glad I didn't go to Gemmayze because if I did and had found people smoking, I would've probably caused a scene.

Finally, why did those hypocrite pubs sign into this campaign if they were going to act like a cheating newly wed red-eyed husband?

Sign Petition to pass an electoral law to ban smoking in public places here.
Posted by Liliane at 9:25 AM